I bought this at a local gun show. I was looking for a Commander, but everyone seemed to be pretty proud of what they had on their tables. While looking at something else, I noticed a closed Springfield Armory box. The guy opened it and handed me a 1911-A1.. It looked to be in pretty decent shape. The asking price was not bad and after some haggling it was mine. I wasted no time putting some rounds through it and to my delight, it shoots great.

I'm retired and (with to much time on my hands) have found that I am a compulsory tinkerer. I just can't seem to leave well enough alone. The gun's bluing was in pretty decent shape (as you can see in the photo). The slide was a plum in comparison to the frame, but not really all that bad. What really bugged me were some bad tool marks on the trigger guard and the flats of the slide were pretty wavy. I had some parkerizing solution that I had intended to try on my old faithful 1911. I love that gun and was afraid to try refinishing it after getting the stuff. I probably never will refinish it as it might lose it's mojo.

This one is a different story. To my addled mind, refinishing would make it more personal.. Did I mention I live in the desert? The sun and heat will do things to you. LOL. So, out came the files and sand paper; followed by the sand blasting gun. Don't need no stinking sand blasting cabinet when your back yard is rock and sand . The parkerizing solution comes with instruction and there are several sites on the internet that describe the process as others have attempted it. Thus secure in my ignorance, in the pot it went (with the fumes it's kind of like a witch's caldron). I left the slide in a little longer than the rest of the gun and it came out a little darker. I was going to redo it, but this time I left well enough alone as it was time for my nap. I still need to get a flat mainspring housing and, maybe, some different grips ( wrap around Hogue's came on it ,ugh, and the Colt's are all I had handy). 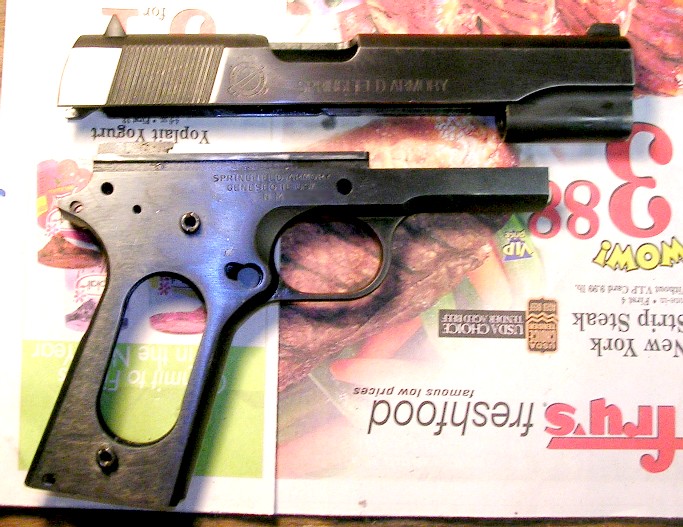 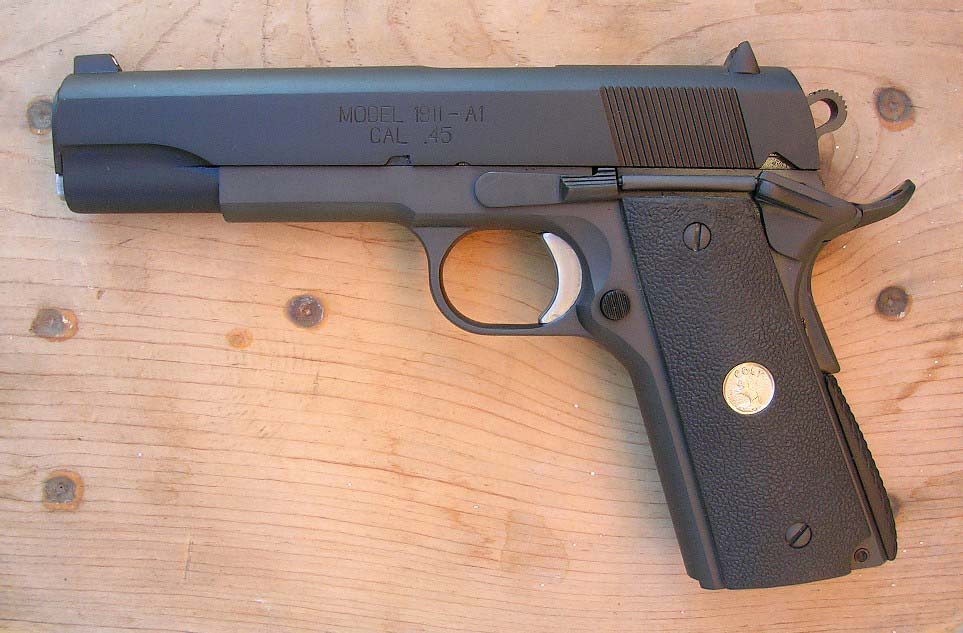 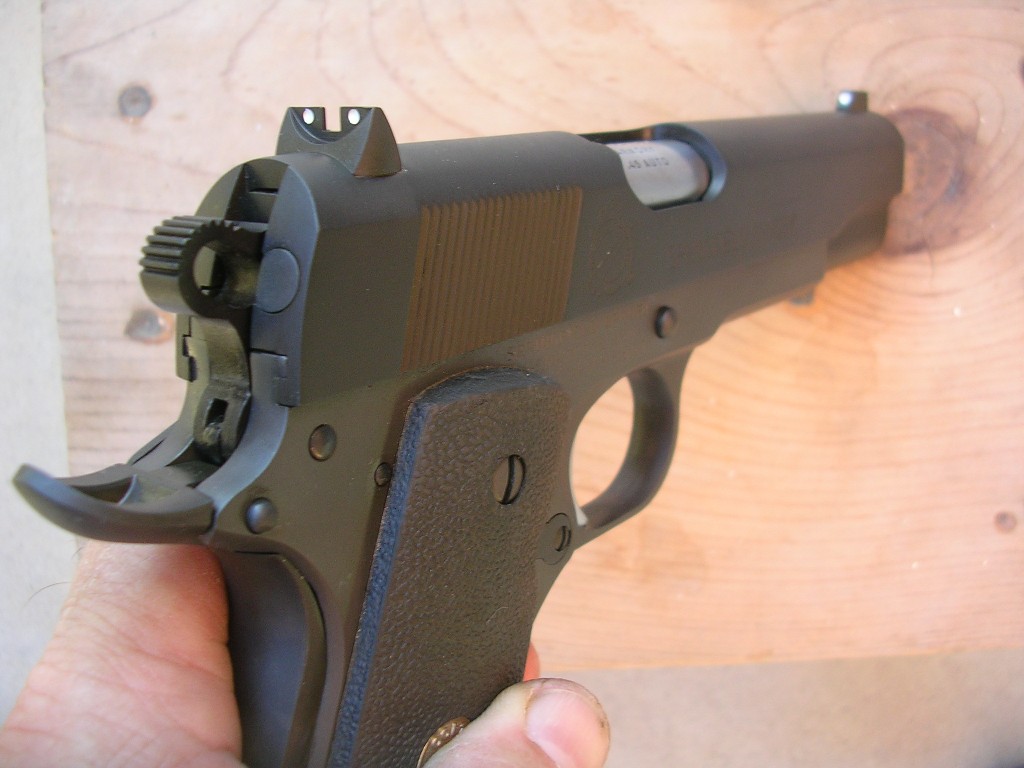 Well, Jan, 2009, to update this story:  I tired of the really noticeable two-tone and decided to change it. . I t took some doing, but I was able to massage the parkerizing process enough to get the parts very close in color. I also changed the trigger and grips (these are paper micarta by Cylinder and Slide).